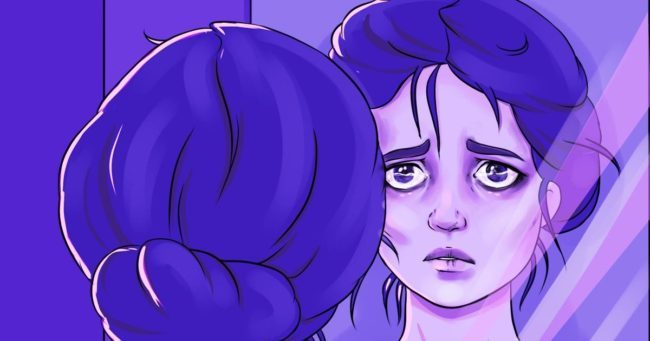 Sleep is very important to be sufficient. For children, the minimum hours of sleep needed is 9-10 hours, meanwhile adults about 7-8 hours. There will be negative effects that can appear on the body from sleeping late too much. Starting from a mood swing to even death! Check out below:

Not staying up late at night can actually maintain our body’s immune. Sleeping late will result in negative effect by decreasing of the body’s immune system. This makes a person vulnerable to being attacked by bacteria and viruses that cause disease. Diseases such as the flu and the common cold will be easy to attack.

Those who are sleep deprived will definitely experience thinking disorders. Sleep means that all the organs in our body rest. The heart, liver, digestion, and even the brain also rest. If this need for rest is not fulfilled, the brain will experience disturbances that make it difficult for a person to think. Decision making will also be disrupted because the brain lacks rest.

The next negative effects of sleeping late is mood swing. Even though this unstable mood is a dangerous thing, people still take it for granted and stay up late. The reasons for staying up late are also various, some are due to unimportant things such as playing games and social media, some are due to work factors.

Mood changes will obviously interfere with one’s social relationships. People who do not know anything can be targeted because we are in a bad mood. Automatically this can make a friendship or love relationship be damaged.

The heart is one of the vital organs that must be well maintained. The heart is responsible for pumping blood throughout the body. If the heart is having problems, then the blood supply will be disrupted and all systems in the body will be affected. So it is necessary to make healthy habits to maintain heart health.

Unfortunately, instead of doing healthy habits, people are actually doing bad habits that can have an impact on the heart. One of these bad habits is staying up late. Lack of sleep can lead to increased blood pressure and inflammation. These two things are the 2 factors that can affect heart health.

In a study called the Whitehall II Study, a number of British researchers looked at the negative effects of sleep deprivation. A total of 10,000 participants followed this experiment for more than 2 decades. The results were released in 2007 where those who sleep less have an increased risk of dying from cardiovascular problems.

Are you one of those people who want to look young or old? If this question is asked, of course many people prefer to look young because looking old is not an interesting thing. If you don’t want to look older than your age, it’s important that you get enough rest.

One of the effects of lack of sleep is to make a person look older than his age. Eyes appear dark circles, skin becomes dull, and looks older are the result of lack of sleep. Sleep allows the body to regenerate cells that have been damaged. If sleep is lacking, the body does not get time to restore and restore the damaged body cells.

Those who are married, of course, have a desire to have offspring or children. With the presence of children, the more complete a family, that’s the assumption for some couples. Whether or not to have children is determined by the fertility level of both parties. If one of you has problems with his fertility, of course it will be increasingly difficult to have children.

Sex is one of the needs that are also needed by humans. Too high or too sexual appetite for someone is a sign that there is a problem with that person. If you originally had a normal sex appetite and then suddenly it dropped, maybe this could be due to your habit of staying up late.

This lack of sleep can actually have an impact on a person’s sex appetite. Those who lack sleep, their bodies will experience a decline in performance because their energy has not fully recovered. Sex requires energy, if the rest is not sufficient, then the energy will definitely be lacking, and weak. For ordinary activities, I am not excited, nor do I have sex.

The most certain thing that will be felt by those who lack sleep is tired or exhausted. Sleep if you are tired then you should rest. During this period of rest, the body will recharge the energy that has been used up for activities. When the body does not get enough rest, the energy cannot return.

This is why many people who are sleep deprived look tired and yawn frequently. Wanting to change the hours of sleep during the day is also useless because our bodies are designed to sleep and regenerate at night. That’s why even though you’ve slept for hours, your body still feels tired from being awake at night. If you drive your own vehicle without a driver everywhere, driving in a tired state like this increases the risk of accidents and also death.

If it was night time, one should have gone to bed. Lack of sleep for various reasons will actually make the body experience changes. Starting from the simple thing is to gain weight. Coupled with a lazy habit of exercise, the condition can get worse by experiencing what is called diabetes.

When a person decides to stay awake until morning, then the body needs extra energy. This extra energy is obtained by eating. And usually when it’s night, the food consumed is usually sweet food coupled with caffeine. This can make the weight soar up. The more it continues, don’t be surprised if the person experiences an increase in sugar in his blood.

Jayden is a guest post editor and part time contributor at Life Hack Solution. For guest post queries, reach out to info@lifehack-solution.com.