Each animal has a unique ability that sometimes can be interesting and amazed us. One of the interesting abilities of animals that is enough to amaze us is the ability to glow and emit the light from their body.

Firefly squid, that’s the name of this unique animal. The difference is, the Firefly squid lives in the sea while the firefly lives on land. The existence of the Firefly squid certainly surprised scientists since not all squids have this amazing ability.

Firefly squid has a small body about 3 inches. All their lives, Firefly squids live in the dark deep sea. When summer comes, many Firefly squids appear in Japanese waters. Due to their large number, their appearance seemed to be showing a beautiful light show. The purpose of this light is apparently to communicate with the opposite gender and warn the rivals. 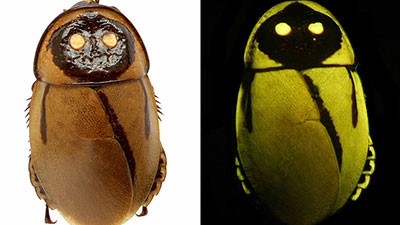 Lucihormetica luckae is a species of cockroach that lives in the rainforests of Ecuador.

These animals are able to emit and glow light that resembles a beetle. These beetles are also known to be able to emit light as a sign to predators that they are dangerous and poisonous. And Lucihormetica luckae used the same ability to defend herself. 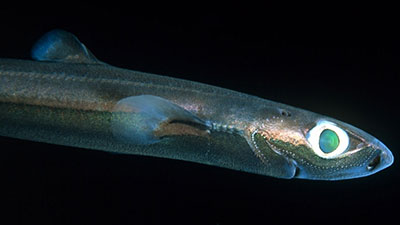 When we mention sharks, we immediately think of giant fish in the ocean that have sharp teeth and can eat anything they come across. There are actually many types of sharks in the sea and some have unique abilities. Lantern shark is considered one of the animals that able to glow and emit light from their body. 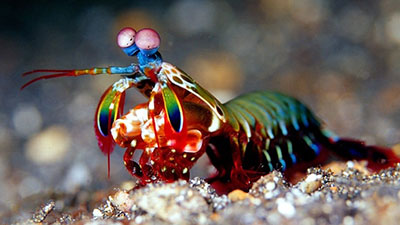 The term mantis was also given to one of these types of small shrimp. These small shrimp can grow to a size of 7 inches. The population is mostly found in coral reefs in the Indian and Pacific Oceans at a depth of 1,500 meters. Like the mantis insect, the Mantis shrimp is also a terrible figure on the seabed.

Mantis shrimp are known to have very strong claws. These claws are even capable of making large prey until they lose consciousness. Mantis shrimp have a fluorescent ability that is useful during mating. This ability is very unique, Mantis shrimp glow in wavelengths of light that humans and other animals besides Mantis shrimp can see. 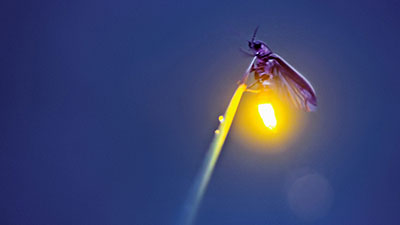 We all must be familiar with the name of the firefly. This small insect is known to often appear at night and give off a light on its body. It’s just that, nowadays it’s quite difficult to find fireflies, especially if you live in urban areas. Those who still live in rural areas may still be able to enjoy the beauty of this one animal.

Fireflies are still included in the beetle family. It is known that there are about 2,000 species of fireflies in the world. There may be some of you who don’t know what light is for a firefly’s body. Fireflies emit light to attract the attention of the opposite gender. The brighter the light, the more the female will choose. Another benefit is to warn predators to stay away from fireflies. 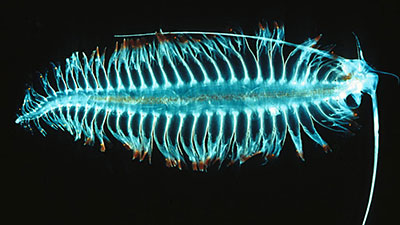 Tomopteris is a type of plankton that can be found almost all over the ocean. This animal is able to emit a yellow light from their body. Tomopteris released their glowing body parts as a form of self-defense. This is done so that predators who want to prey on Tomopteris are distracted by the light and Tomopteris can escape. 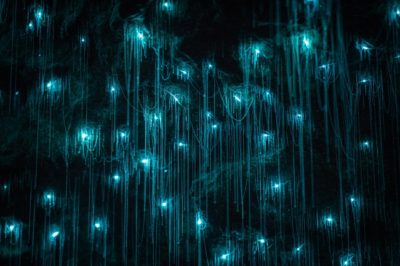 In the growth stage of flies, starting from eggs, larvae, cocoons, then they become flies. Fungus gnat is one type of fruit-eating flies which at the larval stage are unique. At this larval stage, they can produce silk threads that glow in the dark. This larva is Glowworm.

If you go to Waitomo Caves in New Zealand, then you can find this Glowworm. At night, the silk threads produced by the Glowworm will glow brightly and illuminate the Waitomo Caves. This silk thread can glow due to certain chemical reactions that occur in the animal’s body which then makes it produce light.

Related: What Are The Animals Have Regenerative Abilities? 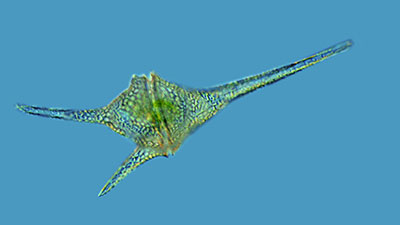 Dinoflagellates are a large group of phytoplankton that live in waters. When you go out to sea at night and see a lot of light, those are Dinoflagellates. If the number of dinoflagellates increases, many marine inhabitants will die from poisoning.

Have you ever heard of the term red tide? Red tide is a sea event that turns red because of this one animal. At night, Dinoflagellates will give off a beautiful blue color. This ability is used by Dinoflagellates to scare away predators. 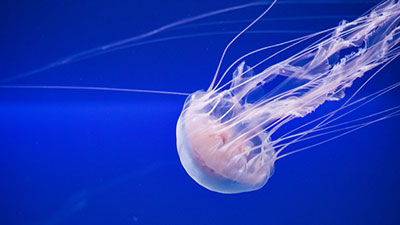 Jellyfish are marine animals that have shape like umbrellas with long tentacles. These long tentacles are useful for stinging and catching prey. If we are hit by a jellyfish sting, it will feel like burning pain and will leave scars.

There are many types of jellyfish in the ocean and about 2000 species that have the ability to make their bodies glow. Jellyfish have this ability to escape from predators. When a predator is about to attack, the jellyfish will emit a light that can surprise the predator. This surprising moment is used by the jellyfish to escape. 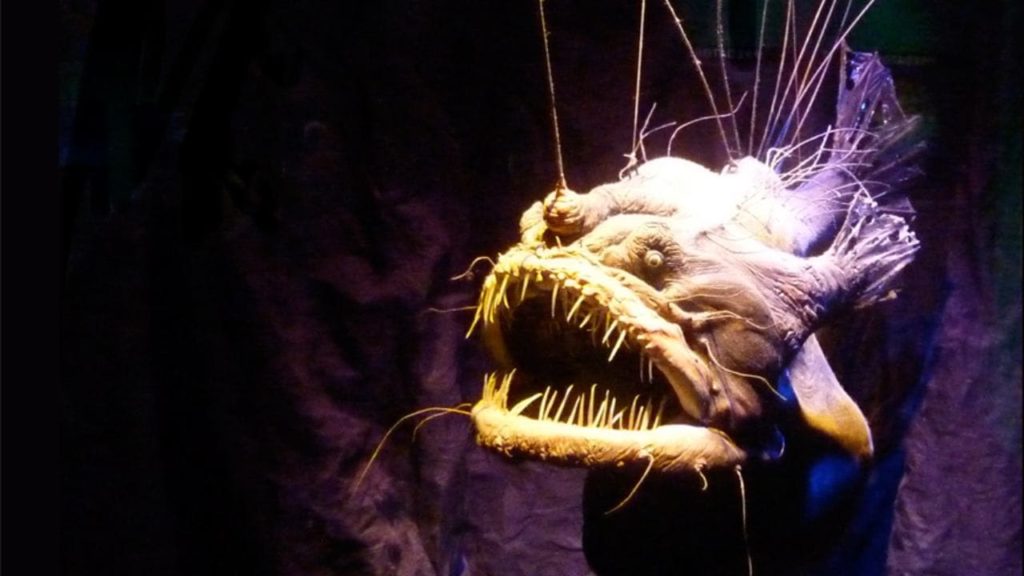 There are scary animals that lives in the deep sea that has the ability to glow light from its body. Angler fishes!

They are predatory fish that live and hunt in the deep sea. It is rare for Angler fish to come to the surface of the sea. This fish is famous for its flaming body parts and its scary shape.