When a computer is attacked by viruses, the performance will drastically decrease and strange symptoms appear which make us wonder and believe that there is a problem with our computer. So, check out below 10 symptoms of computer viruses that might surprise you!

No one want their computer to be attacked by a virus. Therefore an antivirus program is installed. However, antivirus doesn’t always keep our computers safe from threats from viruses, malware, etc.

There must be a moment when the computer will be exposed. And if your computer have been exposed to the viruses, some symptoms will appear.

1. File Appears With a Strange Name

The next symptoms that showing your computer has been infected with viruses is the appearance of a file or folder with a strange name. The name that appears is often random or unclear. The point is we know that the file or folder was not created by us.

Check out below sample:

People who are unfamiliar with computers think that they are files or folders from the computer system.

If you want to be safe, check with the latest antivirus application and don’t just delete it. If it turns out to be a file from your computer system and you delete it, your computer will have a problem.

The purpose of the virus is to interfere with the work process of the computer and steal important data from the computer user. Now, many of these viruses work by destroying or removing data on the computer. Deleted data can be in the form of documents, pictures, music, or videos.

Try to check the files on the computer regularly on weekly basis. Are there any files that suddenly can’t be opened or even disappeared even though you’ve never done anything to them?

It could be one of the symptoms that your computer has been attacked by viruses. If the virus is not removed, it can damage or remove more files!

Applications closing themselves or crashing is a common thing that happens on computers. If we try to think positively, maybe an application that is being opened has a problem or your computer has done many processes that make an application forced to crash.

However, there is a possibility that this is the action of the viruses.

It’s normal if an application crashes but can still be opened again. So what crash you should worry about? If your window crash and the blue screen appears, then you can start to panic.

If your monitor screen turn into blue screen, it is most likely that your computer has viruses symptoms.

Everyone wants to own or build their own fast working computer unit. Work while browsing, listening to songs, watching videos, and playing games. Nobody wants a slow computer. But even the fastest computer can turn very slow without you knowing when.

If this happens, your computer suddenly feels slower than before, try checking if there are any applications that are running or not. If not, chances are your computer has been attacked by a virus.

One of the ways viruses work in disrupting and damaging a computer is by slowing down the system. Try a scan using an antivirus to immediately quarantine or remove the virus. 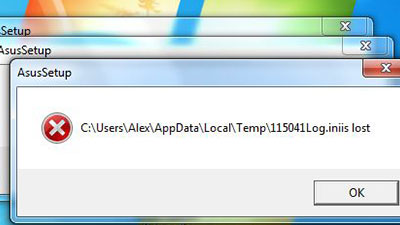 It will be very annoying if there is a strange notification appeared when we’re using computer. The message could be vary and makes people think that there is an error or problem on their computer.

If this happen to you, do not take this likely as it could be one of the symptoms that your computer is attacked by viruses.

If you let this continue to happen, your computer will start to run slower and slower over time as the impact of the viruses.

Immediately find out what happened to your computer. If it is recommended to check with an antivirus or anti malware, just do it. Of course, download the antivirus on their official website to be safe! 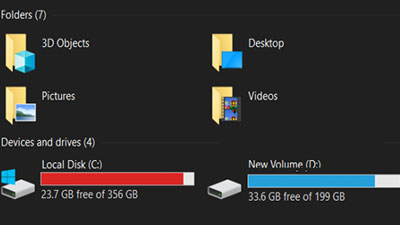 The reason why people go after hard drives with large storage capacities is to store large valuable files. What happens if your hard drive, which previously had a lot of storage space, suddenly turns red?

If this happens, chances are that your computer has been infected with a virus. When a virus enters a computer system, the tendency is for it to duplicate itself as well as files on the computer. This multiplication process takes place very quickly and is not realized at first.

7. Browser Open By Itself

A strange but fairly obvious symptoms that a computer is having trouble with viruses is a browser that suddenly pops up on its own.

It can be when you are typing or playing a game, for example chrome suddenly opens even though you haven’t clicked it at all. When the browser appears, it is usually accompanied by logging into a website.

Websites that are open are usually unclear websites that we have never opened at all. But after finding out, it turns out that the website is a website that is usually open because of a referral by this virus. We recommend that you close the website immediately and if there are pop up ads, don’t click it so that the effect doesn’t get worse.

You also can fix redirect virus manually. Check out below video:

There are still similarity with the previous point where the chrome application can open itself by entering a strange website that we have never opened before.

This time it is the turn of windows that can open by themselves without us pressing any buttons. And if so, you have to be aware of viruses that enter the computer system.

Obviously the sudden appearance of windows will be very annoying, especially if you are playing video games. Not only viruses, there is a more dangerous possibility that malware can also attack.

When the windows pane opens, it’s a good idea not to explore further and click on the pop up ads that appear on the screen.

To remove annoying pop up ads, check out below video:

9. An Odd Extension Appears in The Browser 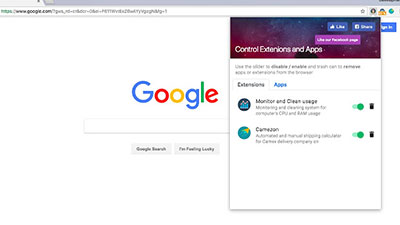 Still in touch with the browser of a million people, chrome. When a virus enters the computer, it will not only open Chrome without clicking it, but also bring up extensions in chrome. However, if you want to add new extensions, you have to find, download, and install them.

When the computer has been infiltrated by a virus, things will turn out to be chaotic. Even Chrome can be messed with by viruses. You need to be aware that there are a number of extensions that are very dangerous.

This extension can collect personal data and send a list of what websites we have opened to someone. Immediately remove the extension from chrome and do a thorough check of your computer.

To fight viruses, we must use an antivirus. While there are many types of viruses that are constantly evolving, so does antiviruses.

There are lots of antiviruses scattered on the internet with all kinds of abilities that are claimed to be able to deal with viruses. What will happen if the virus that attacks the computer is stronger than the antivirus?

Today’s virus makers are getting smarter. Viruses that are created can not only escape the scan, but can also turn off our antivirus. If the virus succeeds in disabling our antivirus, then our computer will be vulnerable to being attacked by other viruses. This is the same as you owning a house but it is not equipped with a fence and a lock.

Gian is the Founder of Life Hack Solution, where he started in 2019.
Reach out at info@lifehack-solution.com.