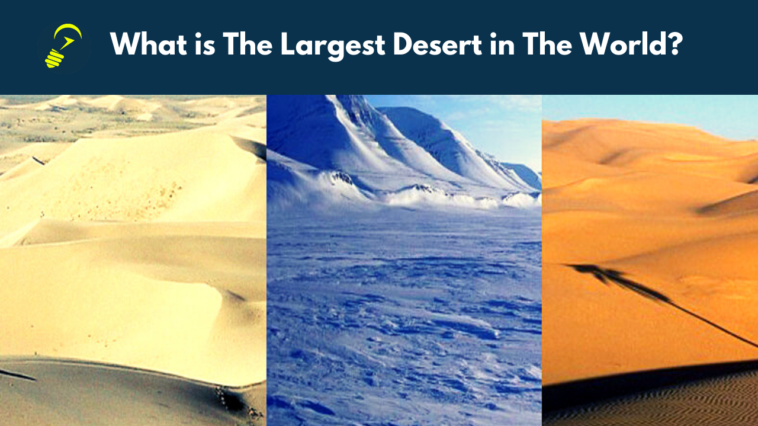 Hearing the word desert, what comes to your mind? A large area, dry, sandy, and minimal rainfall, that’s what people describe. An area is said to be desert not only because it is sandy. In geography, a place that is very dry and with minimal rainfall of less than 250 mm / year, can be considered a desert. Here are 10 largest desert in the world which it size will make you shock! 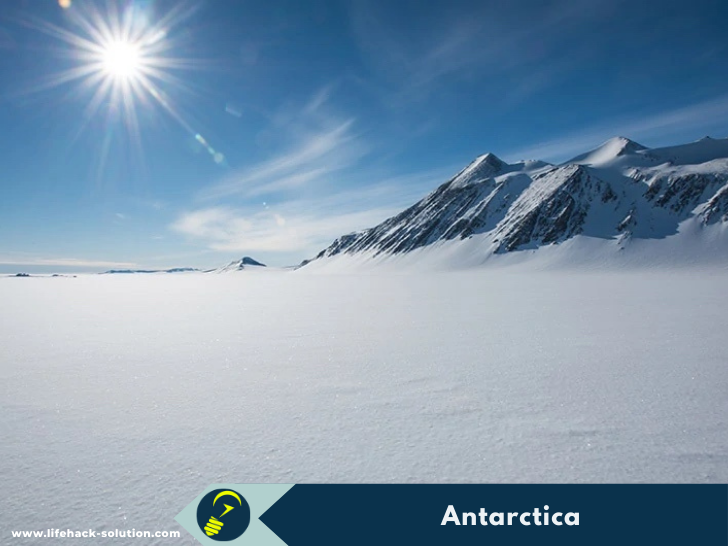 If the Arctic falls into the desert category, then Antarctica can automatically be categorized as a desert. Especially considering the size of Antarctica which is wider than the Arctic. Speaking of area, Antarctica narrowly wins over the Arctic with an area of ​​5,500,000 square squares. And keep in mind that Antarctica is mostly covered in ice, just like the Arctic.

Rainfall that occurs in Antarctica is consider small which is around 10 mm per year. This explains why Antarctica can be considered a desert as there is quite minimal rain within the area. Some researchers even believe that there are parts of Antarctica that have not been exposed to rain for about 14 million years. 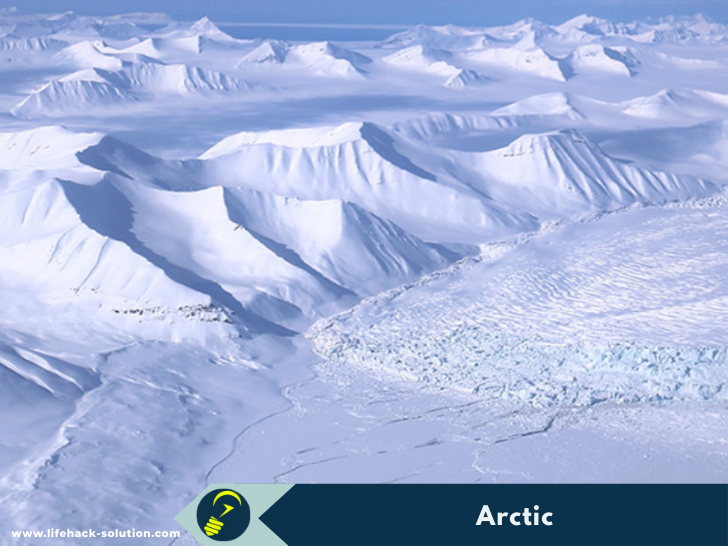 The Arctic is one of the largest ice desert in the world. The Arctic borders a number of countries such as Canada, Greenland, Russia and Asia.

The area of ​​the Arctic is estimated at 5,400,000 square meters. Moving to the South, this area is called as “the tundra”. Compared to other areas, this tundra is much drier and less rainy. So there is a little chance of a living being able to survive in this extreme area. The rest of the area in the Arctic is mostly ice. Even then, it can change depending on the season. 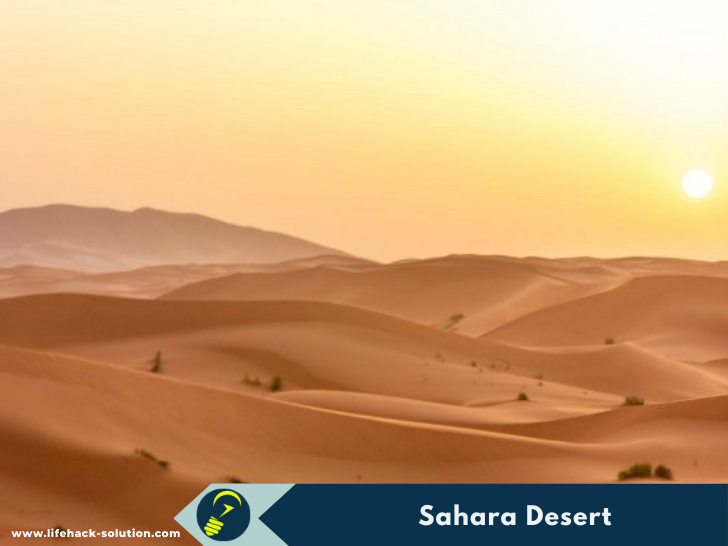 The name Sahara Desert is so well known for its enormous size. Some people even think that this is the largest desert in the world. In fact, the Sahara Desert is indeed a vast desert with 3,500,000 square meters, but it is not the widest one. The location of this dessert is in Africa.

It is known that the rainfall in the Sahara Desert is only about 25 mm each year. In addition from NASA, the eastern part only gets 5 mm per year. The water or rain that falls in the Sahara is mostly not reaching the bottom. Usually the water droplets will just float over the desert as fog. 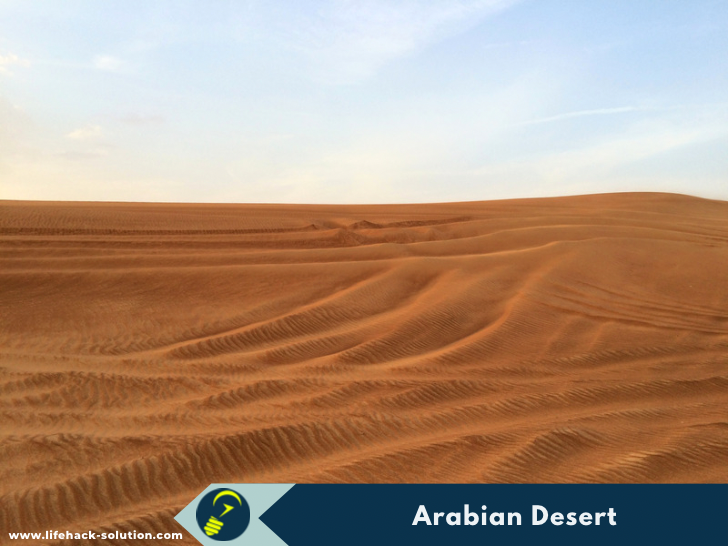 Arabian desert location in West Asia, stretching from Yemen to the Persian Gulf, Oman, Jordan, and Iraq. Here comes the Arabian Desert. Despite being the largest desert in the world, this desert only occupies the 4th position with an area of ​​1,000,000 square squares. This mostly sandy desert has extremely hot temperatures.

During summer, temperatures in the Arabian Desert can reach 54 degrees Celsius with rainfall reaching 100 mm per year. But in some other parts it can reach 0-500 mm. Over the past few years, parts of the Arabian Desert have been successfully irrigated and greened. Making the area more likely usable by humans. 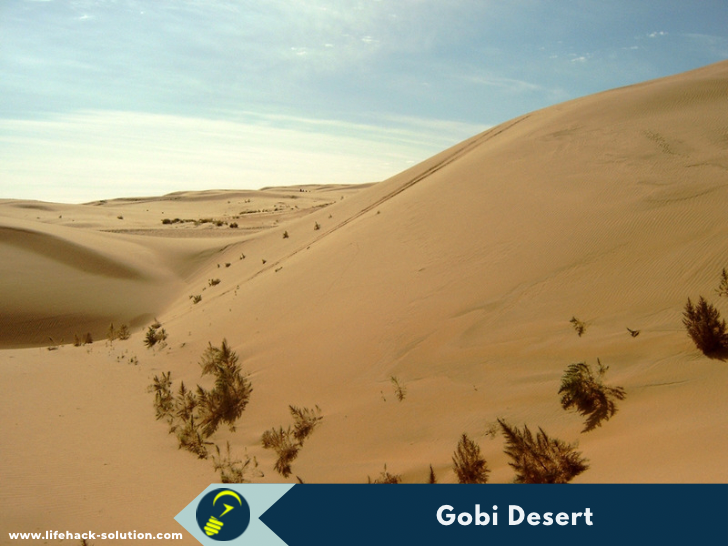 Continue with the desert that stretches across two countries, namely Mongolia and China. The desert in question is the Gobi Desert. This is the 5th largest desert in the world with an area of ​​500,000 square squares. Gobi Desert does have a dry and gritty character, but sometimes there is rain that wets this desert. Approximately 50 to 200 mm per year, depending on location. The desert in the eastern part has higher rainfall even in summer. 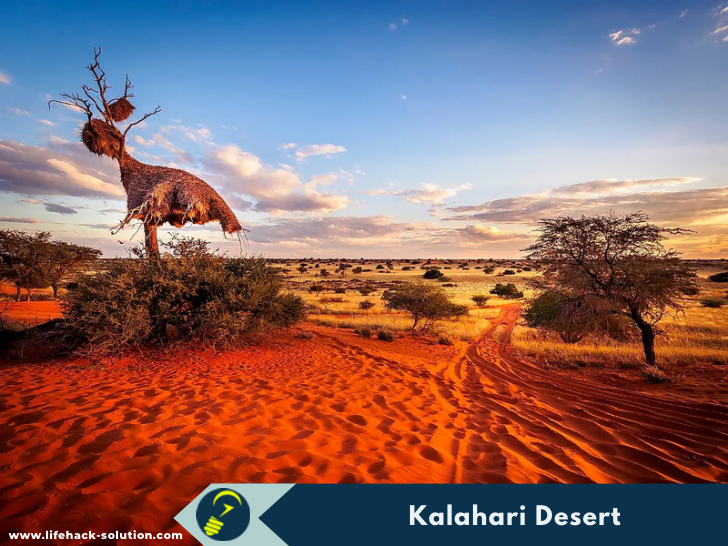 With an area of ​​360,000 square meters, making the Kalahari Desert one of the most extensive deserts in Africa. This desert covers most of the areas in South Africa, Bostwana, and Namibia. Based on information quoted from a book entitled The Kalahari Environment by David G. Thomas and Paul A. Shaw, this desert only has rainfall less than 500 mm per year.

In some parts it is even said to have lower rainfall, namely 200 mm per year. For humans, this place is not an ideal place to live, but not for animals. Animals such as meerkats, hyenas, kudu, and wildebeest actually live in this area. According to history, thousands of years ago there were human activities carried out in this desert. This is evidenced by the discovery of fire marks found by archaeologists. In another area there are artifacts that are said to have been used to perform rituals some 70,000 years ago. 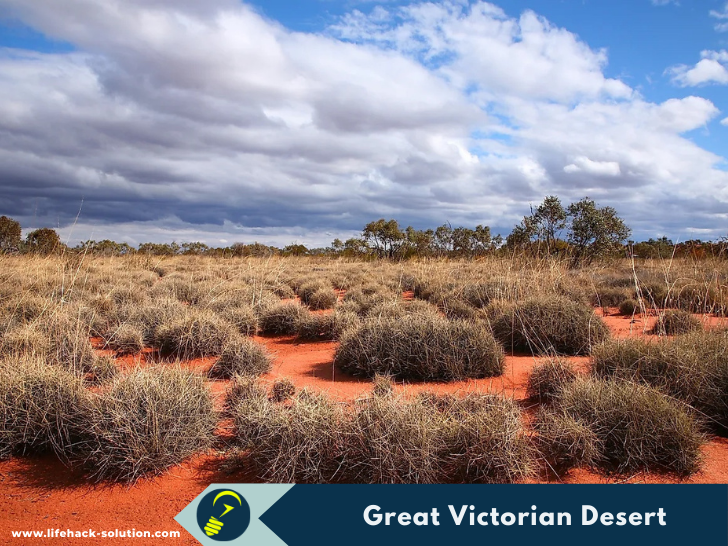 When summer arrives, the temperature in this desert can reach 40 degrees Celsius. Meanwhile, in winter the temperature is cooler, but it still feels hot. Even though the area is very dry and hot, the Great Victorian Desert is a perfect home for a number of reptiles, especially lizards. 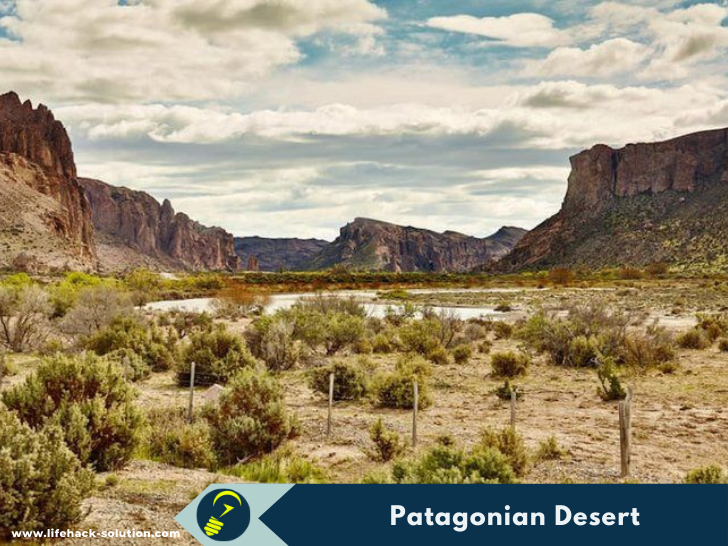 In 8th place, this desert has the same area as the Syrian Desert, which is 200,000 square squares. The desert in question is the Patagonian Desert. Also called the Patagonian Steppe. This dry desert location is in South America, between the Andes and the Atlantic Ocean. The Patagonian Desert is part of 2 countries, namely Argentina and Chile. 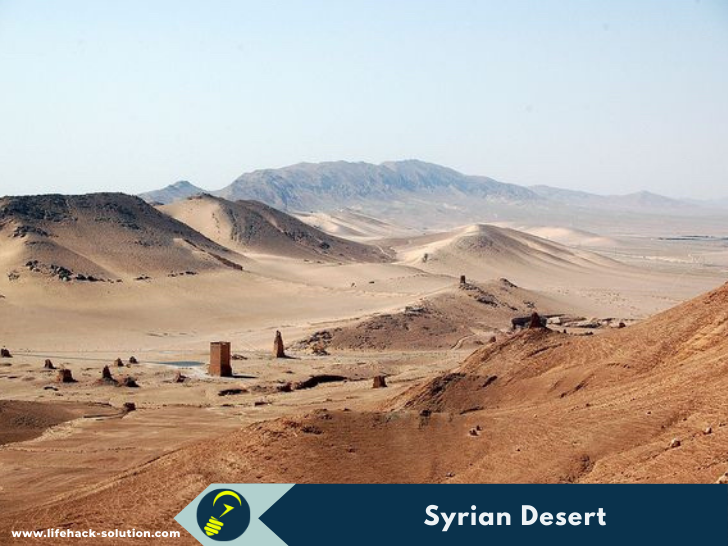 With an area of ​​200,000 square meters, the Syrian Desert is the largest desert in the world at number 9. This desert has another name, the Jordanian Steppe. Syrian Desert spreads to several countries in the Middle East. Call it Jordan, Saudi Arabia, Iraq, and of course Syria. But most of this desert is in Jordan and then Syria.

As far as the eye can see, this desert is mostly made up of barren rocks and gravel. Rainfall in this region is only about 125 mm per year. It is rare to find animals and plants that can survive in such extreme conditions. 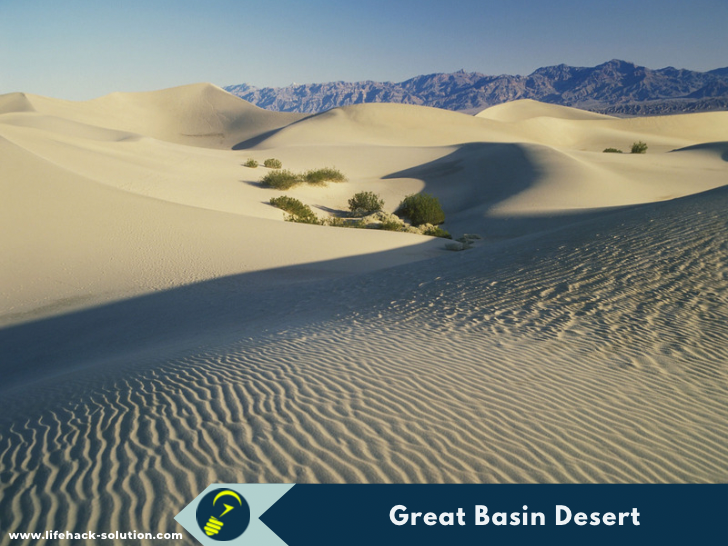 Even though it is dry and sandy, when winter arrives this area can be covered with snow. There are quite a number of mountains in the Great Basin Desert. And the temperature is erratic, depending on the elevation.