Do you notice any behavior change on your child? Don’t underestimate it! It could be signs that your child is depressed.

According to the statistics, children with age 3 to 17 tend to have common mental attack starting from depression, anxiety, and behavior problems.

There are bunch of internal and external factors that can lead to child depression. However, as a parents, we should know how to detect it early before it’s too late.

Why You Need to Detect The Signs Early?

Depression is something that cannot be underestimated. It could lead to bad mental health, behavioral change, and even suicidal thoughts.

As a children, their mental is still fragile and most of them can’t find the solution by themselves. This is why, we need to be sensitive as a parents

If you notice the signs below, it could be most likely that your child is depressed and need help!

When a child is depressed, it will certainly show a number of signs. An unusual sign that wasn’t shown when he was okay. You parents should be able to see these signs. For example, a child who is suddenly sensitive. There must be something that cause it happen.

It is impossible for the child to become sensitive overnight. When a child becomes more sensitive than usual, the wrong words will immediately hit and possibly give a deep wound. That’s why, try to talk to them and ask if there is anything that they’re facing.

2. Your Child Became Difficult to Concentrate

Have you ever found it difficult to concentrate even though you tried hard? Difficulty concentrating can be triggered because there are other things on your mind that make people become depressed.

And of course, this thing also can be happened to kids too. If the child has difficulty concentrating, things can get difficult. Not only at home but activities at school can also be affected.

There are some parents who think that the difficulty of concentrating can be relieved by specific drugs, but it is not true. Before heading straight to medicine, first find out what causes a child’s difficulty concentrating.

3. Their Grades Go Down

Maybe at the beginning of the test the scores you get are satisfactory, but there will be times when the test scores don’t even match expectations.

This bad grade might caused by depression. A depressed child will find it difficult to focus at school, which results in lower test scores.

4. Your Kid Turned into Introvert Suddenly

There are some children who are basically aloof. If that might be understandable. But if your child previously like to socialize and playing with friends and suddenly like to be alone, you should be aware.

Changes in attitude can happen at any time, but not overnight. It takes time for a number of problems to build up in order to make the child become depressed.

So it is necessary to pay attention to what problems the child is facing, making him a loner. Allowing the child to be alone by the parents in the hope that the child can solve the problem is not necessarily the right choice.

After all, the parents still have to help their children to get through this problem. Maybe not immediately give the answer, but with a few hints.

5. They Have Trouble With Their Sleep

It’s nothing new that depression can make it difficult for a person to sleep. When a person’s sleeping scheduled is deprived, the effect can be seen on the body. The body becomes tired, sleepy, lackluster, and feelings of chaos.

In fact, the effects can be more severe considering the age of the child is still young, making it difficult to find out what happened and the solution.

Disturbed sleep patterns will obviously have a big effect on children. Remember that children need at least 8-9 hours of sleep. Given that children are still growing, lack of sleep actually results in stunted growth of children.

Not to mention the effect on the child’s emotions. It would be uncomfortable to see children’s emotions disturbed because they have difficulty sleeping due to depression.

When the child’s mood is disturbed, usually parents will divert it to activities that their children enjoy. If the child likes sports, then it is allowed to exercise. If children like to play games, they will be given time to play games. This method is also what parents often give as a gift if a child gets good grades.

If there is a time when a child is no longer enthusiastic about doing activities he likes, this means that something is wrong. If you’re bored, maybe in a day or two you can get back on your feet again. But if it lasts for a long time, it could be because the child is depressed. If it is true that children are depressed, this is the time for parents to find out what happened to the little one.

7. They Lose or Increase Appetite

When your child is depressed, one of the signs could be by losing or even increasing appetite. Some can increased their appetite drastically, while some can totally lose all the appetite.

Extreme changes in appetite over a long period of time can give rise to a new problem, which is weight change. There are those whose weight has dropped dramatically, some are even obese.

At the level of a child, changes in appetite may occur. The causes, of course, can vary. And one of the things you don’t want to look forward to is depression. But depression cannot be avoided. Busy school schedules, problems with friends, and a pandemic like this can make children depressed.

It’s okay to criticize yourself. If in adulthood where his mindset is more mature, self-criticism can be done as a means of self-introspection. The mistakes that have been made will be used as lessons so that they don’t happen again on another day. But can children think that far?

It is possible for children to criticize themselves for what they have done. Especially when a child is stressed because of the problems at hand. Maybe they can turn into their own critics. If it can make them change to be more positive that is a good thing. But not all kids think that way. There is a possibility that they constantly criticize themselves which can lead to despair in life.

9. You Notice Mood Swing on Your Kids

One of the most obvious signs that shown when your child is depressed are mood swing and being emotional. While it is possible for adults to overcome this by isolating themselves or going to an expert consultation, young children may not be able to do the same.

It is possible that the child’s parents can act as an outlet for it. As a parents, you should avoid to being emotional as it will not solve the problem and just make things worse.

Try to find out why your child could change his mood and solve it.

It is very unfortunate if there are people who consider it lightly when someone claims to want to end his life. We will not be able to know what is in someone’s heart, whether he is serious or jokingly saying such things. So it is advisable to invite the person to talk first about what problems make him want to commit suicide. Not even considered joking.

It is this underestimation that can sometimes be a danger. Not only adults can say suicidal thoughts, small children can also say it.

Precisely because you think children are playing games or joking and don’t know the risks and allowing them to do so, there is a possibility that the child might try something crazy that could actually kill themselves. Instead of taking your child for granted or even getting angry with your child, try to talk your heart out about the suicidal thoughts. 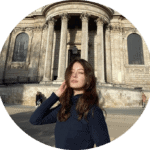 Alexandra is the content reviewer & senior author at Life Hack Solution. Reach out at info@lifehack-solution.com.

10 Hacks to be Calm in Every Situation

Calm people generally don’t bother of other people. Calm behavior are also more respected because they are not easily carried away by their emotions...

10 Hacks to Feed a Difficult Child

Having a child who has difficult to feed is troublesome. No matter how much effort or how nutritious the food, the child still refuse... 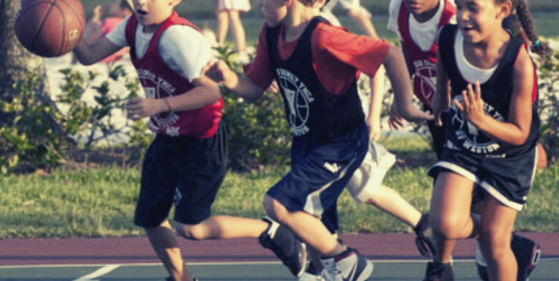 Starting from the childhood stage, parents should teach their children to be diligent in exercising. Not only good for physical health, some types of...

Nowadays, the world is getting busier, denser, and everything has to be done quickly can make people stressed. In the past, stress was only...

10 Hacks to Boost Self Confidence in Your Child

Most of the parents want their children to grow up to be someone who is confident. If you’re a parents that want to boost... Anxiety disorder has many types and may also be shared by everyone, even though every person experiences different level of anxiety. At the level... 10 Signs You Need a Vacation and Break From Work

If you’ve been busying at work or your business, you’ve probably didn’t realize several signs that indicating that you’re actually need a vacation or...

Kids are vulnerable to danger and unwanted accident. Keeping them safe can be tricky sometimes! In this post, we’re going to give some useful...