Therefore, they often get more convenience in various matters. In addition, the lives of sociable people are generally more lively.

They always have friends to talk to to their closest friends. Their need for affection is also fulfilled because of the many interpersonal relationships.

Unfortunately, not everyone has this character. Some people actually have the opposite of sociable nature, namely awkward, shy, and quiet.

So what should you do if you have these unsociable traits?

Instead of being jealous of your friends who have an outgoing attitude, you better do the following 10 ways to be sociable and friendly.

1. Stop being a perfectionist

In addition to being prejudiced, some people also fail to be sociable because they are perfectionists. They are afraid of being seen as not fun, ugly, and less intelligent.

They usually see other people who are popular and then feel jealous. They even feel inferior in front of beautiful students, and nervous about employees who are good at diplomacy.

In fact, to be sociable, there is no need for criteria that you must have a perfect nature. To be outgoing you just have to be more open and warm to other people.

Often, a person has a rigid and closed personality because of the contents of his mind which is full of prejudice against others.

For example, thinking that the people around him are fierce, bitchy, elitist, sarcastic, to insensitive.

They are afraid to open their mouths because they are paranoid about being judged and laughed at. In fact, the reality is not as gloomy as you think.

Perhaps, indeed the people around him weren’t the best and still had a lot of annoying traits. But believe that every human being basically has a good side.

Therefore, do not immediately withdraw from society. You just have to open yourself up to those people without unfounded prejudice.

Instead of busy with your own negative thoughts, there’s nothing wrong with imitating others. Please observe your friend or relative who is sociable.

Pay attention to how they greet their acquaintances, their conversation material, to the way they behave when there is a problem.

Over time you will memorize their sociable communication patterns. And of course this knowledge can later be applied directly.

4. Who else comes first

Let’s start learning to say hello first so we can be warm to others. You can say hello by:

Saying hello is the act of starting communication. When you greet someone, it means that you appreciate their presence and even are happy with their presence.

For this reason, trivial actions such as a smile and a greeting are so important in human interaction.

As someone who is training to be sociable and friendly, saying hello is also an easy start for you to do. After all, later after greeting you can “take a break” first to play the cellphone if you are still nervous when you have to chat.

5. Don’t be too picky about friends

If you really want to turn into an outgoing person, don’t be too selective in choosing friends.

Befriend anyone who is not a negative influence on you. Accept people for who they are, both their strengths and weaknesses.

Because, if you are too selective, you will only be friends with the same people. To others, you may be considered elitist.

And of course, elitism is an antonym to the outgoing nature you want to have. The elitist nature tends to show an arrogant and egocentric personality.

Yes, you have to be prepared to feel overwhelming awkwardness. The reason is, people who are less outgoing usually do have a high sense of self-introspection.

Once they try to do something different, their brain will criticize itself causing an awkward feeling.

But, believe me that awkward feeling will eventually go away too. Just like when we ride a bicycle for the first time, there is a sense of awkwardness or nervousness that makes some of us tremble.

However, after a while, we will become very proficient and can even cycle by removing the handlebars.

Related: 12 Hacks To Be Optimistic All The Time

The next way to be sociable and friendly is to motivate yourself to get to know other people better. Every human being is a unique individual with different stories, perspectives, and feelings.

When you open yourself up to them, you will get a lot of unexpected things.

You may find interesting life stories, unique points of view, and useful advice.

You’ll also make lots of friends who might come to your aid in difficult times.

This friendship will eventually warm your soul and help you get through the days of this world.

Life isn’t just about you. So don’t be too selfish. Moreover, one of the barriers to being sociable is an egocentric mindset.

However, the reality is not so. In many cases, the presence of a friend is crucial.

Plus, being sociable will ultimately benefit you in the long run.

Why? Because this attitude can make you more likable both at school and at work.

In order for your efforts to become more outgoing, you can also join various communities, you know.

If you are still in school, you can join extracurricular and similar programs. Meanwhile, if you are already working, just look for a community that has the same hobby as you.

Choose a community that you really like. So, it will be easier for you to open a chat with other members.

Next, be active in the community so that you get friends who can be called friends.

10. Consult a Psychologist or Psychiatrist

Sometimes the reason why you can’t be so outgoing is because there’s a problem that needs professional attention.

For example, you may have been deeply traumatized by being bullied as a child. Or, you have a very big anger because of the broken family conditions.

Situations like that will be very difficult to overcome by simply changing the mindset or habits. Because first, you need to heal the trauma and pent-up anger.

So, don’t hesitate if you want to ask for help from a professional, be it a psychologist or psychiatrist.

Changing yourself into a sociable and friendly person is not an easy thing. From changing your mindset to habits you have to go through in order to become a new, friendlier person.

Some of you may just need a little effort. Others, however, may have to expend a stronger effort.

Believe that if you have faith, you can definitely become the person you dream to be. Keep trying and follow the guidelines above. 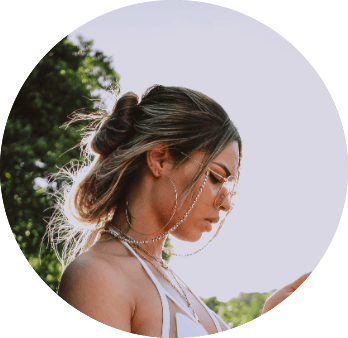 10 Hacks to be Calm in Every Situation

Calm people generally don’t bother of other people. Calm behavior are also more respected because they are not easily carried away by their emotions...

9 Tips to be a Good & Effective Listener

A good listener is someone who doesn’t judge the other person until the conversation is over. The benefits of this behavior include respecting, being...

10 Hacks to Get to Know Someone Without Being Awkward

Have you ever wondered what to talk about when you meet your date for the first time? You have just been introduced to this... Instagram is one of the most famous social media platforms that is widely used by people all around the world. These are going to...

The Negative Impact of Social Media That Affect Your Life

Social media was created with good intentions, namely for a means of communicating with someone. Whether it’s someone who is known but has been...