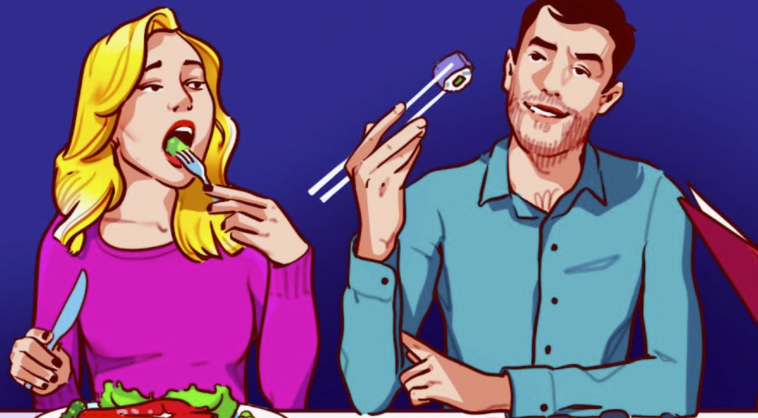 If the answer is yes, chances are you’re stuck in a relationship with your toxic friend. It’s a bit difficult to define a person’s toxic attitude.

In general, someone can be called toxic to us if that person constantly makes us feel bad.

Examples of toxic behavior include:

However, the loss of friends for some people is not an easy thing to accept. Especially when the number of our friends is not much.

Well, instead of rushing to break the friendship, here are 9 elegant ways to deal with toxic friends.

1. Recognize the Toxic Attitude of Friends

First of all we must be able to understand our own friends. Get to know his personality thoroughly, including his toxic attitude.

Toxic behavior can be caused by many things. There are times when your friends really like to take advantage of you so they constantly pressure you.

However, there are times when your friend becomes toxic because he has other problems such as family problems.

Why should you understand these reasons? Of course so that we can behave appropriately.

2. Set Limits for Yourself

Who can protect us but ourselves? A friend is not necessarily reliable.

Especially if the friend in question is very toxic and can actually hurt us. That’s why, when things like this happen, we should be able to become white knights for ourselves.

For example, your friend often criticizes your appearance. He uses hurtful words like saying the clothes you’re wearing make you look cheap.

Not only that, the friend also said you were a crybaby when you were sad when criticized like that.

When you are faced with this situation, don’t just follow the logic. You have every right to be angry when criticized harshly. You also deserve to be treated well, especially by your own friends.

So when you are said to be a crybaby, don’t hesitate to confront your friend. Say firmly and clearly that your friend should not act casually. Be a white knight for yourself.

Many of us when dealing with toxic friends take “dramatic” ways.

We fight a lot, make fun of each other on social media, and so on. Ways like this are not only inelegant, but also suck our energy.

Instead of taking that way, we’d better talk one-on-one. Invite your friends to discuss issues that bother you.

Tell him calmly but frankly that you don’t like his attitude. Whatever reaction your friend gives, hold back your emotions.

Remember, dealing with toxic people is not easy. Many toxic people when confronted face-to-face are “dramatic” and exaggerated.

They might even blame us. Therefore, we must prepare mentally before speaking face to face.

4. Ask Him to Change

It’s not enough to just say how annoyed you are at your friend’s toxic attitude. You also have to explain that you want your friend to change.

Your demands are not at all excessive. You just want to be treated well. You don’t ask your friend to do something weird.

What you ask for is for the good of your friendship. So don’t feel guilty about demanding a change in your friend’s toxic attitude.

And don’t back down when your toxic friend starts yelling at you for it.

5. Help Them Change Their Toxic Attitude

There are times when apart from demanding we also need to provide solutions. It could be that you know, our friend is not aware that he has been toxic all this time.

Your friend may just be insecure as mentioned above. Or, it could be that he was raised as a spoiled child so that when he grew up he couldn’t act like an adult and wanted to win on his own.

So, when facing a toxic friend like this, ideally we should also help find a solution. For example, by giving a gift in the form of a book on how to stop being toxic.

Tell your friend that the toxic attitude of the friend will also have a bad impact on him. Because, in the end there will be no one in this world who is comfortable being a toxic human friend.

One of the hallmarks of his toxic nature lies in his habit of blaming others. Therefore, our mentality must be guarded.

And one of the things we shouldn’t do for our mental health is blame ourselves.

Yes, never fall into the trap of toxic friends who like to blame us. Remember, it’s not your fault. What’s wrong is your friend’s toxic attitude.

Dealing with toxic friends is very tiring. Therefore, some of us tend to be tempted to do “backbiting” as an outlet.

Some of us may choose to write on social media about that friend’s attitude. Or talk about it with other friends to get out of the air.

What we mean in the beginning is not bad. After all, we just want to vent. But beware, because the catharsis we do can make the situation worse.

The toxic friend may know your “gig”. Finally he got angry and made new “dramas”. You don’t want that to happen, do you?

So hold on to yourself. Whenever you want to confide in, talk to a few people you really trust.

8. Stay away from toxic friends when they don’t change

In the end, we cannot control other people’s behavior. We also cannot demand something from other people if the person concerned keeps refusing it.

That’s why, when all your efforts to deal with a toxic friends don’t work, you should start avoiding them.

In order not to cause a lot of drama, avoid him slowly. However, if the friend starts to complain and even shouts about your attitude away from him, don’t hesitate to immediately break the relationship.

It’s not easy to do this. However, you must remember that you too have the right to be happy and to make good friends.

Just like ex-girlfriends, we are often tempted to reconnect with the toxic friend if we haven’t found a replacement. That’s why it’s a good idea to start looking for a new friend.

The figure of a friend doesn’t always have to be a friend of our age, you know. Brothers, sisters, mothers, even fathers can also fill our void of a friend. So, don’t be afraid not to make new friends again later.

In the end, deal with a toxic friends is not trivial. Our mentality must be strong so that it is not affected by negative energies.

However, that doesn’t mean we can’t face this problem. The nine tips above will help you even though you may end up having to leave the friend.