Having trouble finding an effective way to get rid of the lizard at home permanently? Geckos, or so-called lizards, are animals that are commonly found crawling on walls or ceilings. The existence of these lizards at home can sometimes be very annoying for the residents of the house.

In addition, it turns out that the presence of lizards at home can endanger the health of family members. Well, here’s why!

The Dangers of The Presence of Lizards on Health

We often find lizards stick on the walls or ceilings. However, their existence can actually endanger the health of the residents of the house. The reason is, these animals likes to throw dirt or even distribute bacteria anywhere in your house.

In addition to being unsightly and disgusting, lizard droppings that fall down can hit food or drink. If so, we can’t eat it anymore because lizard droppings contain bacteria that can threaten health.

One of the bacteria found in lizard droppings is Escherichia coli (E. coli) which is known to irritate the digestive system.

If you have talked about threats to health, actions must be taken so that lizards no longer nest in the house.

So, How to Get Rid of Lizard at Home Permanently?

There are various ways that can be done to repel these reptiles, ranging from natural to unusual methods such as using glass traps.

Get Rid of Lizard at Home Permanently With Natural Ingredient

Apparently, to get rid of these animals, you don’t need to kill them. The following methods are using free chemicals and natural ingredient.

So, here’s how to get rid of lizards permanently with natural ingredients that you can try to practice at home.

Tobacco is a natural ingredient that is effective in repelling lizards. This animal dislikes the pungent smell.

Here are some things to prepare:

After everything is prepared, you can start making lizard repellent by inserting tobacco into plastic. Then, tie it with rubber and make a hole in the plastic so that the smell of tobacco can spread.

Purchase essential oils made from and scented with tobacco and use them to wipe down tables or other furniture that lizards often stop.

Apart from lizards, ants will also run away if they smell this scent. 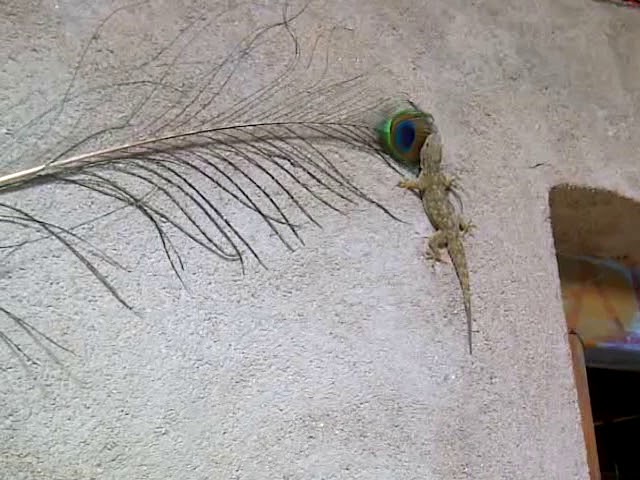 Using peacock feathers to repel lizards may sound strange enough, but it turns out that this method is quite powerful.

Although powerful, it is quite difficult to find peacock feathers in the grocery store around the house. However, take it easy! It turns out that this fur is quite easy to get if you look for it in an online shop.

All you have to do is keep these hairs in the area the lizards hang out with often. The eye-like pattern of peacock feathers can scare off lizards because they think they are the eyes of birds, a predator that often preys on them. 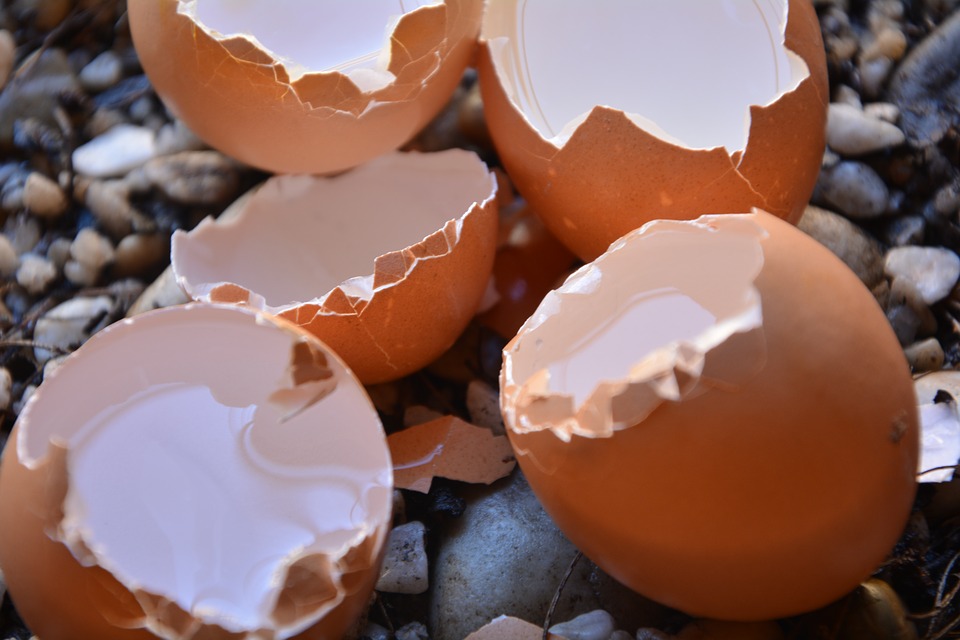 You can actually use the shells used by cooking eggs to get rid of the lizard.

The fishy smell released by the eggshell turns out to be disliked by this reptile. To take advantage of this shell, the first thing you have to do is grind it into small pieces.

Collect the flakes and put them in a plastic bag that has been perforated. After that, hang it near a vent or window so that the lizard doesn’t dare approach the house anymore.

Spices such as pepper, shallots, and garlic actually smell as strong as tobacco. Of course this is the cheapest option you can choose to get rid of lizards.

The way to make this “concoction” repellent lizard is very simple. Simply puree these three spices in a blender so that they are perfectly smooth. After that, mix the spices that have been mashed with water and fill them into a spray bottle that is no longer used.

Voila! The lizard repellent mixture has been successfully made. Spray this liquid into the corner of the room that is often occupied by lizards.

Looking for a way to kill lizards at home? Actually, you don’t have to kill them because you only need a lizard repellent “tool”, one of which is black pepper.

Just sprinkle this lizard-killing medicine in the areas where the animals frequent to prevent them from coming back.

The houses of many lizards also seem to be able to be overcome with coffee grounds.

The reason is, coffee has a fragrant smell that lizards don’t like. It’s very easy, just sprinkle coffee where lizards frequent, and these animals won’t come back anymore!

To get rid of lizards with the following methods are as effective as methods that use natural ingredients.

The difference is, some of the methods here require you to use several objects with chemical content that is deadly enough for the lizards.

If you don’t have the heart to do it, it’s better to use the previous method. So, here’s how to get rid of lizards permanently with chemicals and other tricks.

This method is quite easy to do. Use a mixture of soap or detergent and water to get rid of annoying lizards.

Here are some things you can prepare:

To use it, just spray this liquid on the body of the lizard who is hanging out on the wall. Spray repeatedly until the lizard gets drunk and falls to the floor.

Mosquito repellent can be a practical way for those of you who don’t want to bother mixing lizard repellent.

In addition to repelling mosquitoes, it turns out that mosquito repellent spray can also be used to repel lizards. Lizards will immediately get drunk when they inhale the chemicals in this spray drug.

In addition, the pungent smell of the spray medicine will immediately make the lizards run away when inhaling from afar.

Mothballs, which are used to scent cabinets, can also be used to repel lizards. The smell of camphor, which is fragrant but strong, will make these four legged animals run away.

To use it, you can simply hang camphor in the corners of the house which is often inhabited by lizards. This method is as practical as getting rid of the lizard with mosquito repellent spray.

4. Trapping the Lizard with a Glass

This is the best way to get rid of lizard permanently at home without hurting them.

The method that must be done is quite simple. Simply put the glass in a sleeping position. To lure lizards, put the remaining food in it.

When the lizard is hooked, slowly come to the glass and cover the glass with paper. This method does sound quite troublesome, but it’s no less powerful.

Geckos rely heavily on their ability to crawl on the walls and ceilings of houses. This ability allows them to survive.

However, lizards can only stick to rough and textured wall surfaces. You can exploit this weakness so that the lizard can no longer approach food at home. For that, try to coat the walls with paint that creates a slippery effect or install tiles.

Based on the observations, the presence of lizards is less in the houses where the walls are tiled than those coated with “lubricant” paint.

Sometimes, lizards “hang out” in areas that are quite difficult for humans to reach, such as the ceiling.

You can use this option if you are still uncomfortable with the presence of lizards even though they are actually located quite far away.

Before starting, try practicing your rubber band shooting first. This method does require a high enough intention but this method also gives its own satisfaction when the rubber hits the target.

After that, pick up the lizards and throw them in a place where they can’t come back. Those are some ways to get rid of lizards without natural ingredients that you can try at home.

After you get rid of the lizards, of course, the next thing you have to do is make sure they don’t come again.

After the grueling process of getting rid of lizards, of course you don’t want to repeat the process again.

For that, you must have thought about preventive measures so that the lizard does not come back or in other word, get rid of them permanently.

Check out some simple steps that you can practice at home.

1. Get Rid of Mosquitoes

The reason lizards stay in your house is usually because they can find food there. These foods are mosquitoes.

By getting rid of mosquitoes, lizards will not return home again.

To get rid of mosquitoes effectively, check out our complete guidance here.

Just make sure, there is no water standing by the remaining rain in the yard and cover the water reservoir tightly. In addition, clean sewers and drains regularly, at least once a week.

If you succeed in doing this, it is certain that the lizards will not return home because they no longer have a reason to stay in a mosquito-free house.

Apart from mosquitoes, lizards also love food consumed by humans. This animal loves to eat food scraps that fall to the floor.

Therefore, be diligent in cleaning up leftovers that fall under the table so that the lizard has no reason to visit.

In addition, start a culture of cleaning the dining table after finishing eating. Besides functioning to prevent lizards from returning home, this method will also make the house look tidier and cleaner.

Cats are lazy animals. However, when they see something that is moving, they will immediately activate and approach it because of the curious nature of cats.

Therefore, the cat will always be a “predator” lizard who likes to make sudden movements. In fact, cats don’t actually eat lizards because they just love to “play” their catch.

However, sometimes cats can eat lizards when they are hungry. That way, the cat will of course become a “guard” of the house that can be relied on to ward off lizards.

Usually, lizards enter through the vents and crevices around the house. To cover the vent, you can use a mosquito net or wire.

As for the cracks at home, you can use duct tape or double tape. This method will make it difficult for the lizard to find a way to enter the house.

Not infrequently, you will find a lizard trying to get stuck in a closed gap. If this happens, you can release them and throw them away from the house.

Lizard don’t like cold air because they are warm-blooded animals. Ensuring that the air in the house remains cool will make lizards think twice about living in your house.

Even though it sounds simple, this method of getting rid of lizards costs a lot. The reason is, in addition to the expensive installation costs, the electricity costs incurred are not small.

Therefore, this method is not suitable for everyone. However, for those who have unlimited funds, it doesn’t hurt to try this method at home.

Those are some tips that can be practiced so that the lizard does not return home after being “kicked out”.

Getting rid of lizards from home is quite tiring work. Besides, they did seem like harmless animals.

However, the presence of lizards that can endanger the health of family members at home must be a consideration for why you should get rid of them too.

Gian is the Founder of Life Hack Solution, where he started in 2019.
Reach out at info@lifehack-solution.com.