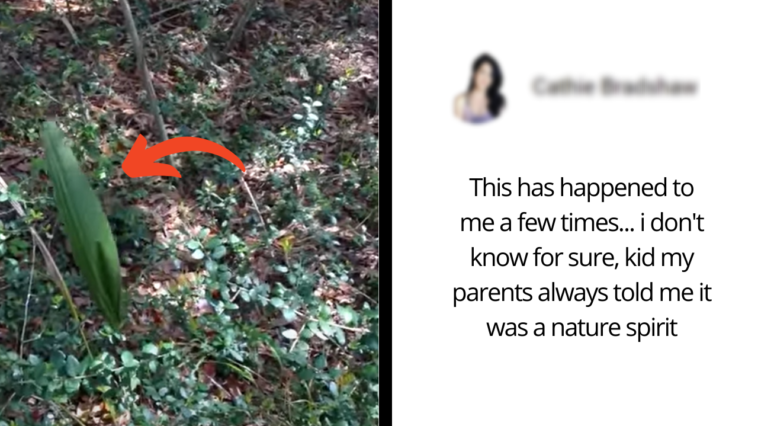 Seeing one or multiple leaves that are moving without wind could be a strange and creepy experience. Especially, if it’s in the middle of quite forest where it is far from the crowd.

You might be think that it was moved by a small insect that is barely seen with your eyes. Until you found out that there isn’t any! You might probably had in your mind, this must be something related to a paranormal activity!

We have done a research on our own to conclude what is the main cause of it! Make sure to read until the end.

Circulating on The Internet

If you experienced the phenomenon above, you’re not alone. In fact, there are a lot of people who claimed to see this phenomenon and even managed to document it.

Here are some of the example:

In the above video, a man was documenting two moving leaves while the other leaves surround are stagnant and appeared there is no wind.

Here is another case:

In the above video, a man documented a single leaf that is moving and waving although there is no breeze around. He even managed to hold the leaf for a couple of second and released it back. After he released, the leaf continue to move again!

Personal Experience by Our Team

In fact, one of our team experienced this phenomenon when doing a jungle tracking in one of the forest. He saw this one leaf “waving”, while there is no wind and surrounding leaves were not moving.

He looked for any possible thing that could make it moves. In his mind, he thought it could be a small spider around it. However, he claimed that he did not found anything.

This is why, we conducted a research on any possible thing that can cause leaves moving without wind.

Here is what we found out:

Do Plant Makes This Movement on Their Own?

Plant is indeed a living organism that can move. But it is very slow, until you need to film them for a long period of time, and fast forward it in order to see their movement.

So, if you’re asking whether the leaf can move rapidly or waving (with the above video’s speed) by their own, the answer is no.

So, What Caused The Leaves Moving?

In 2001, there was a study by American Journal of Botany with the research title: “Oscillation Frequencies of Tapered Plant Stems”.

This study was intended to research about plant that appear to sway on their own. 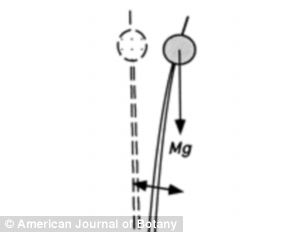 They found an extremely small and weak winds that are imperceptible to humans, but it magnify the oscillation in some plants.

This making the leaf appear to move without wind.

‘Free oscillations of upright plant stems, or in technical terms, slender tapered rods with one end free, can be described by considering the equilibrium between bending moments in the form of a differential equation with appropriate boundary conditions,’ the researchers Hanns-Christof Spatz and Olga Speck wrote, before analyzing the forces needed to the bizarre phenomenon.

If you find one leaf swinging when the other leaves are not, it could be due to the following reasons. The leaf is located or shaped in a way that allows it to be caught by any extremely weak winds or breeze.

It is pulled to one side then sway back to the center only to be forced to its other side. Then, the momentum takes over.

The weak winds that are imperceptible to human, blows at the resonance frequency of the stem.

After knowing this, we decided to test it ourselves. If the extremely weak winds is the one causing the leaves seems to move by itself, what if we cover it with a transparent box in which no winds can enter the stem?

It took quite a long time to find the same phenomenon. Finding a moving leaf without wind is not that something you can see everyday.

Hence, we distributed a transparent glass box to each of our team and remind them to bring it with them each time they’re going for outdoor activity such as jungle tracking, and etc. The idea is, if they find one, they can do the testing by themselves and prove the science.

After a long awaiting, in Dec 2021, one of our team managed to find the phenomenon where he saw a single leaf moving by its own.

In his testing, other leaves were not moving except one that he saw. So, this is a perfect sample for our research. Luckily, he bring around the transparent glass in his car baggage.

He placed the transparent box to cover the moving leaf and he found that the leaf is slowly stop moving and become stagnant, just like other leaves surround it.

This answered the questions that has been circulated on the internet about moving leaves that appeared no wind surround it.

We found that, the moving leaf is actually caused by the extremely weak winds blow at resonance frequency. And when we cover the leaf, blocking all the possible access for wind to enter from all the angle, it stop moving.

Do not panic when you see some leaves moving without wind in the middle of forest or park. It turned out that it is something that is explainable by scientific.

However, we do not close our judgement by saying all the moving leaves are caused by it. Maybe, in some case, it can be some supernatural effect. For instance, after you placed the transparent box over it, the leave is still moving? Let us know in the comment section if you find one!